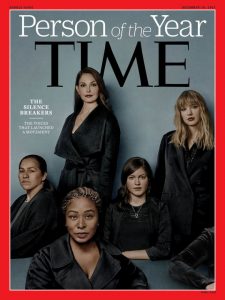 With powerful men in diverse industries finally being held accountable for sexual assault and harassment, it should be no surprise that the ministry is another workplace where women are vulnerable. Here, too, we are subjected to unwanted, intimidating, and confusing sexually charged advances ranging from innuendo to outright assault. My experiences were not unique, but for a very young woman in a religious environment, they were unexpected, extremely upsetting, and for a long time, career-altering.

My first experience occurred in the early 1980s. As an undergraduate, I was meeting with a science professor to plan a campus ministry event when he abruptly said, “excuse me, Linda, I’m just going to kiss you.” With no other context or reason, he leaned forward and kissed me. Startled, I looked at him in shock and confusion, causing him to apologize. Our planning session ended, and I avoided campus ministry events where he was present.

In the late 1980s, as an intern pastor in my third year of seminary, I frequently served church members living in a local nursing home. On one such visit, I encountered a newly appointed chaplaincy supervisor, an older man whom I looked up to. His wife and children had not yet joined him in their new home, and so I offered him an evening meal. In my mind, he personified pastoral wisdom, and this was an opportunity to learn. I also harbored some idealistic assumptions about married clergymen. (I know, naive, right? Blind to the potential for trouble!) Thank God, the events of that evening were upsetting, but not tragic. I may have been confused and off-balance inside, but I found the words to decline his offer to smoke pot and, somewhat later, to haltingly direct this senior member of my profession to put his shirt back on and leave my apartment.

Not long after, at a time when female pastors were still a novelty, I was interviewed by phone for my first congregational call. Without warning, a male member of the interview committee asked me, “So when does the swimsuit competition begin?” I had no words; the silence was deafening. Eventually, another interviewer stepped in with the next question. The call was offered, and I accepted. Soon after I arrived, this same man came to the office to continue where he’d left off. Politely rebuffed, he responded, “You better be careful. My wife is a cop and she has a gun.” Perhaps a half-joking suggestion that I keep my mouth shut…? I wouldn’t have mentioned the incidents to my immediate superior, anyway. Shortly after I’d arrived, he had given me a ride to an event, and when we ran into a family from his children’s school, he introduced me as his “new wife.”

How did I respond to these incidents, and others? In the early ‘80s, as an undergrad, I took the encounter with the professor to my campus pastor, who asked why I wasn’t flattered by the professor’s attentions—end of story. In the late ‘80s, as an intern, I sought help from my supervisor, an ordained pastor; after he discussed the matter with my dinner guest’s supervisor, I was told that I had “misunderstood” the situation. End of story again—except that I couldn’t serve at the nursing home, for fear of running into that chaplain again.

In the years following, as a chaplain and a pastor I continued to face similarly uncomfortable encounters, but I didn’t reveal them to anyone in leadership. I did not want to be told again that I should be flattered or that I had “misunderstood.” I confronted one person face to face, and he ceased making suggestive remarks. I handled another with a letter detailing how uncomfortable he had made me with his explicit comments, as my term as an on-call hospital chaplain ended. I came to believe that male pastors, unprepared for and uncomfortable with their early experiences with female colleagues, were sexualizing the relationship to “put me in my place,” to assert their superiority, even to manipulate my behavior. I stopped trusting male leadership, including the Bishop and his staff.

And then I moved on—more or less, anyway. I have never before reflected on the possibility that the cumulative effect of those sexist, belittling encounters has been shaping my pastoral career. Now, listening to so many other voices telling their stories, I realize what a profound impact they have had. Most senior pastors are still male, and although I didn’t ever put this into words, I learned to deeply mistrust that I would be treated well in their company, and if I did experience harassment or worse again, that it would be dealt with appropriately. I have always joked that I like to be the one in charge, but recognize now that such comments masked my fear of laying myself open for more pain and humiliation. As a result, I’ve never pursued team ministry, thereby avoiding working closely with male colleagues. Until my recent interim call, I have sought only solo positions.

I recently concluded serving for 21 months as Interim Associate Pastor at a large congregation. It turns out that I enjoy and am good at team ministry, and I was blessed by the healing experience of serving with a gifted male senior pastor who, by the way, has great boundaries. As I write this, I feel such sadness at the role fear has played in limiting the ministries I have allowed myself to consider. My experiences repeatedly taught me that such fear can be justified, and I don’t judge my actions or decisions (or those of others), but sorrow remains. Now that I have named the fear, however, I can grow from it and beyond it.

Harassment and abuse still exist throughout society, and many still accept the silence of victims, the bullying of perpetrators, and the feigned ignorance and impotence of our institutions. The stories coming out daily in the news bring us another reality, however: Silence and avoidance create so much more pain for survivors and for those who become new victims of unchecked sexual predators.

Freedom lies in releasing fear, shame and pain, and in claiming the truth of our own experiences and how they have shaped our lives and choices. I’m older and wiser now. I increasingly trust myself and my strength. Thankfully, women pastors are more numerous; many male colleagues are more aware and appropriate, often welcoming us as equal partners in the mission field. The institutional church is becoming accountable. Telling our truth can be uncomfortable at best, and re-traumatizing at worst, but I believe that what Jesus says is true: “you shall know the truth and the truth will make you free” (John 8:32).

And a few last words—please, if you are experiencing pain, shame, anger, hurt, guilt, or fear because of your own “me too” experiences, or you’re ready to share your truth with a safe person, please email me (@ soulstorywriter.net) so I can assist you in finding support near you.