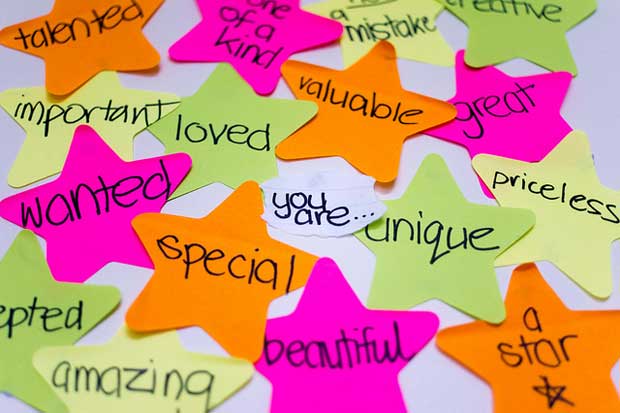 Perhaps you’ve heard the line spoken by Algernon in Oscar Wilde’s play, The Importance of Being Earnest, “Divorces are made in heaven.” He’s poking fun at the rules of Victorian England, and by implication, also of Christian thought, tradition, and biblical interpretation over the centuries. Our Scripture passages from Genesis and Mark today are two sources for the belief that  it's marriages that are made in heaven, and that divorce is unforgivable, creating reason enough to exclude people from Christian community.

In fact, since moving to Texas, I have met a retired pastor from another tradition who lost his entire pension because he married a divorced woman. Now at age 70, he’s considering learning how to sell cars and grappling with the fact that he’ll never be able to retire. I was appalled by this story and saddened this is practiced by those who call themselves Christian.
Is this really what the Biblical tradition promotes about marriage? That human brokenness and failure in relationships is somehow worse than other sin?

As in our Children’s Message today, one of our tasks in Biblical interpretation is to correct mis-interpretations that are culture-bound, affected by historical context, and limited by looking at the text only through the lens of patriarchal systems of power.

The Pharisees in our Mark text tried to start an abstract argument about the law with Jesus. “Is it lawful for a man to divorce his wife?” It’s like a student going to a counselor to ask advice for “a friend.” But Jesus’s response is alarmingly personal, “What did Moses command YOU?” he asks. How are YOU treating YOUR wife and family?

The Pharisees quoted Deuteronomy where the law allows a man to give his wife a certificate of divorce. The Law allowed for divorce if a man’s wife proved to have “unseemly characteristics”—usually interpreted as unfaithfulness. Many Jewish leaders believed adultery was the only legitimate reason for a divorce. Other schools of thought, however, believed a man could give his wife a certificate of divorce if she displeased him in anyway, if he found someone he liked better, or whom he deemed more beautiful. The Talmud, a post-Biblical collection of Jewish texts, says that a man can divorce his wife if she burned his soup, wore her hair loose, or talked too loudly. In the patriarchal culture of Jesus’ time, a woman had no right to issue her husband a certificate of divorce and had no legal recourse if she or her children were abused or mistreated.

In his response, Jesus cited not only Genesis, but the 6th Commandment against adultery in making his argument discouraging divorce. He does this not because it’s an unforgiveable sin, not because there should be no divorce no matter what, not because divorce can’t be the best, healthiest option available, but because God’s heart is always on the side of those who are most vulnerable—those who have no rights, who are marginalized or powerless for any reason.

Women couldn’t own property, they were property. Divorce could easily leave women and their children destitute—with no means of income or support if the woman’s father or brother were dead or not able to take them in. Jesus knew human sin leads us to pursue our own self-interest at others’ expense, so by then raising divorce to the level of breaking one of the Ten Commandments, he was protecting women and children from undeserved suffering, and from being treated as disposable.

In the previous chapter, Mark repeatedly emphasized the importance of protecting the most vulnerable with stories about healing a child, welcoming children, and not causing children to stumble. In this passage, children still figure prominently when Jesus scolded the disciples for shooing them away and said, "‘Let the little children come to me; do not stop them; for it is to such as these that the kingdom of God belongs. Truly I tell you, whoever does not receive the kingdom of God as a little child will never enter it.’ And he took them up in his arms, laid his hands on them, and blessed them."

The writer of Mark doesn’t want us to miss the point that Jesus words about divorce are not only about personal morality, but also about society’s attitude toward those who can most easily be cast aside as disposable. God’s heart is always with those who are in need.

The universal truth behind the passage is that all of us are vulnerable and in need in some way. Most older people I know are not afraid of death itself, but of dying—the process—of losing agency and independence, of becoming dependent and increasingly vulnerable. Some are worried about taking care of someone who is losing capacity, or maybe you’ve already done that for your spouse and you wonder who will take care of you if you need it. Perhaps you have financial anxiety, and like the retired pastor I met, must keep working after age 70 and pray your body holds out, and that you can find a job or keep a job. For others, our vulnerability may be one of identity and meaning—we’re doing everything we’re supposed to--providing for our family, and we look like a success, but we wonder if that’s all there is. Maybe our vulnerability is something we hide, like many do with mental illness, chronic depression, anxiety, or addiction. Perhaps divorce is part of your story or of someone you love. Maybe it wasn’t a “divorce made in heaven” and you’d like to be free of the pain, or guilt that lingers and you just want to feel loved for who you are and where you’re at in life. Jesus’ words include you today, not exclude you.

All of us come with a vulnerability today—none of us escape the effects of human limitation and brokenness. We can’t simply issue a certificate of wholeness or healing for ourselves and change our situation to something that looks better. As harsh as Jesus sounds, he really is communicating God’s heart for those in need, and that includes all of us—single, divorced, married, partnered—no matter what our family configuration is. When we are in touch with our own vulnerability, we can enter the kingdom as Jesus calls us to—like a child, aware of our need for God and our dependence on Jesus Christ.

That’s why Jesus came, who, as Hebrews says, “is the reflection of God's glory and the exact imprint of God's very being, and he sustains all things by his powerful word.” We may wonder as the psalmist, "What are human beings that you are mindful of them, or mortals, that you care for them?” Yet God sent Jesus to communicate God’s heart of love for us, making us one with him. Through his suffering and death, Jesus grants us forgiveness and newness of life, claiming us as precious children so that we might be sanctified with the one who sanctifies.

Because God’s heart embraces, loves and forgives us in our need and vulnerability, we can follow Jesus in protecting others who are vulnerable. We don’t have to go far to identify those who need our support. Some of us help care for our vulnerable family members. Sixty percent of students in the Richardson School District are receiving free or reduced lunch. Many seniors need to work and are having a hard time finding employers who will hire anyone over the age of 50. Increasing housing costs are making difficult for more and more people to pay their bills.

It can be as simple as leaving a bigger tip for low wage workers, remembering to offer prayer to those strangers we meet during the day, or responding with love to people in need who join us on Sunday morning, which I have already witnessed many of you doing. Jesus calls us, not to a perfect life, but to a life that is saved by the unmerited gift of God’s love so that we can join Jesus in protecting the vulnerable and making sure no one is treated as disposable.

In Jesus Christ, God issues all of us a certificate of eternal love and salvation and calls us to reach out to those who need it most and share the good news!