MLK Day Through the Lens of the Wedding at Cana 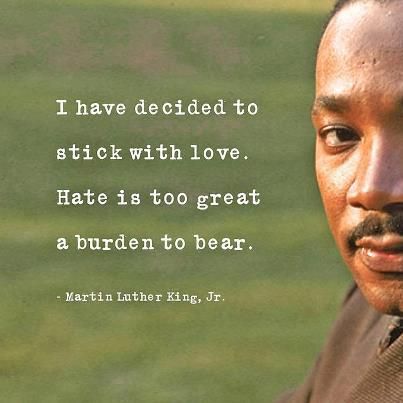 A sermon preached for Martin Luther King, Jr. Sunday and the 2nd Sunday of Epiphany on January 20, 2019 on John 2:1-11 at St. Luke's Lutheran Church in Richardson, Texas

I wouldn’t choose the Wedding at Cana for a Martin Luther King Jr. service, but it is the text appointed for the 2nd Sunday of Epiphany, so here we are. All Scripture reveals some aspect of how God works, so as we dig deeply into story, it will help us view the life and witness of Dr. King with a new perspective.

First, we find an underlying issue of justice. Running out of wine was a real crisis for a gathering in the ancient world. The land is dry, the climate, arid, and there was not enough clean water, so people relied on wine and grape juice to remain hydrated. Running out of liquid for people to drink was health risk especially for those who traveled to Cana. They were counting on the hosts of the party to provide not only for their joy at the celebration, but also for their well-being and even their survival in an arid climate.

Wedding celebrations also lasted several days, and most families did not have the kind of resources to pay for food and drink for a large group of people over many days. Therefore, it was customary for the invited guests to bring gifts of food and wine to share the burden of providing for such a large group. Running out of wine was not only embarrassing for the bride and groom, it was shameful for the all of Cana. As a community, they did not provide for the well-being and for the survival of the whole gathering.

Dr. King laid bare the shame of our country, a land of plenty and abundance, allowing its own citizens to go hungry. He believed ending hunger and poverty was essential to achieving freedom and equality for all people. “Let us march on poverty until no American parent has to skip a meal so that their children may eat,” he declared. Like the lack of wine at the Wedding at Cana, King placed the responsibility of ending hunger and poverty on the whole American community. We are responsible to ensure that everyone has their basic needs for survival met.

The second theme in the Wedding at Cana is that God often works through the lowly rather than the powerful. Have you ever heard a wedding story that doesn’t mention the bride? The groom is mentioned in passing, but he doesn’t speak. This wedding story does not even mention the bridal couple’s parents, the hosts of the party, nor any of their town officials or religious leaders. The steward receives a mention—he’s the manager of the party. The steward made sure the food and drink—however much there was—were served in a proper and timely manner, but even he did not know from where this good wine came.

So, who was it who really knew what was going on? Jesus’s mother, and the servants—the working poor. Sounds a bit like the birth story of Jesus in the other Gospels—a story where Mary and the shepherds—the working poor, are privy to angel revelations. Those at the bottom really know what’s going on for they bear the consequences of communal injustice. When there is enough, they get to eat, and when there is scarcity, they are the ones that starve. An abundance of wine at this party, meant the servants were able to partake at the end.

The event that kicked off the Civil Rights movement, the Montgomery Bus Boycott, was powered by people who lived at the bottom. African Americans were 75% of the riders on the bus but living under segregation and Jim Crow laws, they were not allowed to be the drivers. After paying their fare, they had to get off the bus and enter at the back door; often, the driver took off before they had a chance to get back on. It was the seamstresses, domestic workers, nanny’s, factory workers, and other laborers walking everywhere for an entire year that led to the 1956 US Supreme Court Decision, Browder v. Gayle, that declared such segregation unconstitutional.

As we listen to the shepherds and servants in our midst—the working poor, day laborers, nanny’s, home health care workers, minimum wage employees—they will teach us about what God is up to, and how the church can participate. This is the work of the organization, Faith in Texas—believers coming together to listen to those most affected by injustice. Right now we are working on the issue of the lack of affordable housing, which I know affects some members of our congregation.

The third theme the Wedding at Cana reveals is God provides goodness and abundance for all. Jesus wants all the guests to enjoy the goodness and the abundance of wine whether they are aware of how it got there or not. Few people knew the source of the wine, but everyone enjoyed its abundance—that’s how God’s grace and love and generosity work. Jesus shows us that God’s abundance is not earned—it is given; God’s grace is not paid for—it is freely offered; God’s love is not won—it is simply received. Do you know how much wine there is in six stone jars holding twenty to thirty gallons each? I did the math—it’s about 3,200 glasses! That’s the party of lifetime!

Dr. King’s dream for justice and equality did not include inflicting on others the suffering he and people of color endured for centuries in this country. In his Christmas Sermon for Peace in 1967, he said,

I've seen too much hate to want to hate, myself, and every time I see it, I say to myself, hate is too great a burden to bear. Somehow, we must be able to stand up against our most bitter opponents and say…We will meet your physical force with soul force. Do to us what you will, and we will still love you…But be assured that we'll wear you down by our capacity to suffer, and one day we will win our freedom. We will not only win freedom for ourselves; we will appeal to your heart and conscience that we will win you in the process, and our victory will be a double victory.

The work of God’s justice that we continue today, embodies this abundance to win the heart and conscience of all, a victory for everyone—the party of a lifetime!

Finally, the Wedding at Cana reveals that with Jesus, the best is yet to come. When the steward tasted the good wine Jesus provided, he declared, "Everyone serves the good wine first, and then the inferior wine after the guests have become drunk. But you have kept the good wine until now." Jesus brought goodness and abundance, but he did not do the work alone. In bringing the best, Jesus asked for the participation of others.

With Jesus the best is yet to come—it was true at the Wedding at Cana, it was true during the Civil Rights movement, and it’s true today as we participate in bringing about God’s reign of peace and love. God calls us to pay attention to the underlying issues of justice in our community and the world, to listen to the lowly rather than powerful, and to trust in God’s abundance for all, knowing that with Jesus the best is yet to come.