The Resurrection is Real 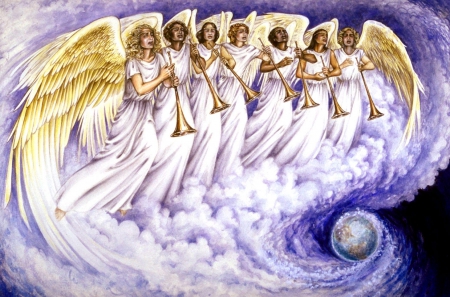 Have you ever wondered what happens when you die? What is heaven really like? Are there really pearly gates and are the streets really paved with gold?

These very questions drove a disagreement in ancient Judaism about whether or not there was a resurrection of the dead or the existence of heaven. We hear this debate coming to the forefront in Luke. The religious leaders—the Sadducees and Pharisees did not agree on the question of resurrection, for the Pharisees did believe in resurrection and the Sadducees did not. The Sadducees tested Jesus to see if they could trap him into a response that would justify his arrest, and prove their view that there was no resurrection. They created an unlikely scenario about an unfortunate, childless woman who marries seven brothers in succession.

Which brother will be married to this woman in the afterlife? They hope Jesus will answer the unspoken question about resurrection in his response. (I wasn’t there of course, but if I were, I would have said, “Really guys? You want to know about resurrection and this is the best you can come up with?")

This very odd question is based on a Torah law that both protected family property and women in ancient Israel if a woman became a widow before having children. A brother who shared family land was obligated to marry her and have a child in his brother’s name in order to pass property onto an heir. Women were considered property who had to be cared for either by their father, their husband, or their son. In a patriarchal clan society, this law also protected women who did not have a son to provide for them, saving such a widow from becoming destitute. If there was not a brother, then the next closest kinsman fulfilled the marriage obligation. This is called the “Levirate” marriage, coming from the Latin word “levir” for “brother-in-law.”

We know of this practice in the story of Ruth in the Hebrew Bible, who arrives in Israel with her mother Naomi, as a childless widow. Before Boaz agreed to marry her, he asked the kinsman closer to Ruth’s first husband if he preferred to marry her, and only after he declined, did Boaz himself fulfill the obligation of the Levirate marriage law.

But something else is revealed with these questions. The Sadducees who ask it, seem to assume that the structures and patterns of their society, would continue in the afterlife. That is, that the patriarchal structure of marriage, meaning that women were the property of men would remain true in heaven. It is hard for us to imagine that God’s realm is so much greater and so much more life-giving than our own limited imaginations can conceive. It is difficult for us to visualize that life as we know it, is not the be all and all of what God desires for us and the world.

We would like to know, wouldn’t we—what heaven is going to be like. Because if it endorses our worldview of who’s in and who’s out, what’s right and what’s wrong, who’s good and who’s evil, we feel vindicated. We all want to have the correct belief, to be a part of the better denomination, to live in the superior political system. Maybe like the TV show, there’s a good place that’s not really very good, but it’s for people who aren’t as good as we are, and they have to stay there and try a little harder. Or maybe some people get separated at the border of heaven, and go on trial, like in the 90’s movie, Defending Your Life and they have to justify their right and need to get into heaven. Certainly, English will be the language of heaven, right? Inquiring minds want to know. Who’s in charge and who’s on top in the heavenly realm? Someone must be, just like it is here.

Jesus is having none of this kind of speculation. Instead, he makes three things clear about the ridiculous nature of our heavenly questions and shifts our focus to what God is really about in this life and the next:

Number One: Don’t spend one iota of time and discussion about how God runs the heavenly realm for we are not the ones who decide who is worthy. “Judge not so that you may not be judged,” as Jesus says in Matthew 5 in the Sermon on the Mount. I have a pastor friend who works at the ELCA headquarters in Chicago who calls himself a “hopeful universalist” meaning that the God of life who sent Jesus to us, desires to reconcile all people and the whole creation back to Godself. The first article of the Creed says God created everybody, the second article of the Creed says Jesus died for everyone’s sins, and that’s all we need to know about it. So, treat everyone with love and respect as someone created by God and someone Jesus loves, no matter their identity or religion, because who God saves is not our job.

Number Two: Resurrection is real and true and that has been evident since the time of Moses, so pay attention to your own faith! What else do you suppose we are missing about our faith while we are speculating who’s in and who’s out? Resurrection has been real since the time of Moses and we are still asking if it’s real. Focus on what God has already done and already promised. In the resurrection, no one can die anymore—so no one lives under anyone else’s oppression—rather, they are children of God, living like angels, joyful and freed from any human system or sin! (If we are like angels, I hope that means we get wings, because I would really love to have to wings!)

Number Three: God is the God of the living, not of the dead. Our earthly ways are not the model for heaven; the heavenly realm—of life, of children of God, full and equal flourishing for all—is the template for us here and now! Imagine—every culture creed, nation, religion living in glorious union like angels (with wings!) with no barriers, no borders, just Life, Glorious Life in God! So, how can you overturn harm and end oppression and stop death by being a resurrection-person who trusts in the God of LIFE?

When you really, really, deep down trust that death is not something to be feared, but rather, in Jesus Christ, is a doorway to a full, flourishing, resurrection-life with God, how does that change how you live life today? What fears are you going to release right here, right now today, kneeling at this altar—what are you going to let go of so the freedom of God’s glorious life and resurrection can be full in now?

Trusting that resurrection is real frees us to love with abandon, to serve without worry of what we get in return, to dance like no one is watching, to give our whole life to God, who has given his whole life to us, that we might now the truth of resurrection on this side of the kingdom.

It’s a beautiful message for today as we honor our Veterans because our Veterans served since they were freed in Christ to ensure and preserve LIFE and freedom for others.

How we spend our time and talent and treasure in our daily giving is about being freed in Christ to live and give generously as we trust and live as a resurrection-person who offers our LIFE to God.

How we engage our representatives and advocate for those without a voice—protecting children at risk of being trafficked or becoming homeless, keeping families together at the border while their requests are legally processed, and reducing payday lending which exploits those who are poor, are ways to help ensure LIFE as we, are freed in Christ to love and serve a God of the living.

Feeding those who are hungry with our Hunger Helper lunches throughout the week, praying for those we encounter, using our talents to help bring LIFE to someone else, are ways we are freed in Christ to offer LIFE as we, as resurrection-people, love and serve a God of the living.

We can join the Sadducees in coming up with strange and irrelevant questions about things we can never know in this life, or we can get on with the business of trusting what we do know. We are a resurrection people, freed in Christ, called to spend our time and energy enhancing LIFE as people who love and serve a God of the living.

Is the resurrection real? You bet it is, so let’s live that way. 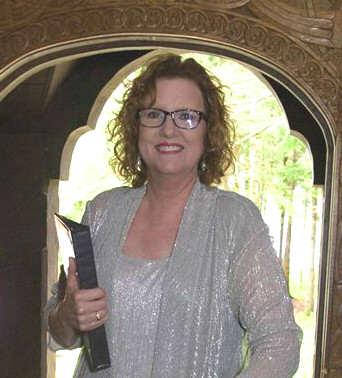